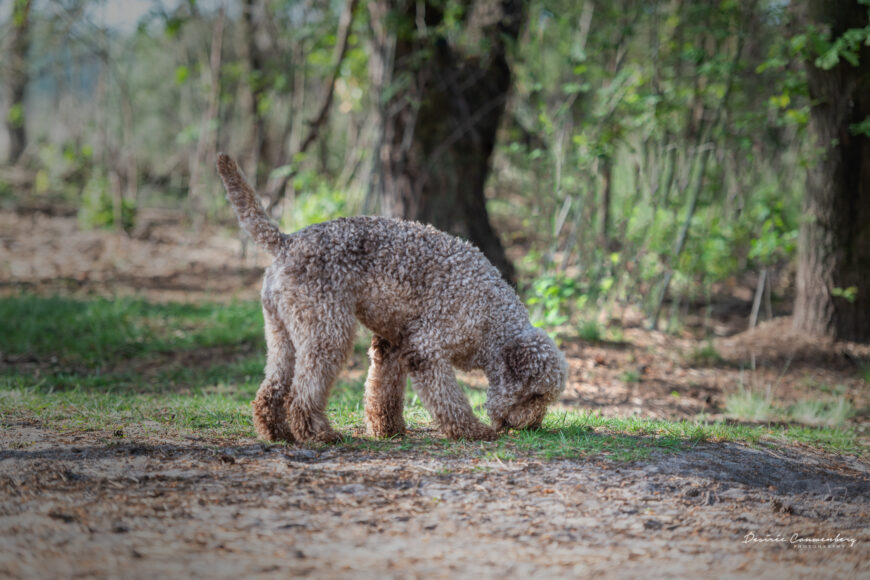 The Lagotto is related to the Barbet (fresh waterdog), the Portuguese Water Dog and Spanish Water Dog. Although these four breeds are counted among each other's equivalent, the Barbet may be called the mother of the water dogs. It was claimed at an early stage that both the Barbet and the Lagotto descended from African dogs, which were taken from the Middle East by crusaders. The Etruscans, living among the Italian rivers Arno and Tiber, were known for their maritime trade and piracy. From the beginning of the Etruscan period the presence of curled dogs, used to retrieve waterfowl, is known.

A fresco by Andrea Mantegna (1456) shows a suite of Palazzo Ducale in Mantova (Lombardy). In this painting you can see a dog that is almost identical to the current Lagotto. The Lagotto is clearly present in a painting by the Italian Baroque painter Giovanni Fransesco Barbieri (1600). In 1591 Erasmo di Valvasone wrote a poem called "La Caccia" (the hunting) in which he describes a hunting dog with "curly fur, not afraid of the sun, water and ice, climber of mountains, wading of rivers, he who know how to overcome thorns bushes and that the waterfowl proudly and happily brings to the handler ".

The Lagotto originates from Romagna, a region in Northeast Italy. The original inhabitants of the swamps between Ravenna and Ferrara, bred and used the Lagotto, a medium-sized water dog, mainly to retrieve the waterfowl. These residents were also called the Vallaroli (Lagotti) people. It was not until the 19th century, when the marshlands slowly came to dryness, that the Lagotto was used to search for truffles. With that, the retrieving task of the Lagotto wasn't used any longer, but  the excellent sense of smell has been retained. During all those centuries the Lagotti have always been used to guard the property and properties of the Vallaroli, such as the boats with which they fished the marshlands.deeeuw, toen de moerasgebieden langzaamaan droog kwamen te staan, werd de Lagotto ingezet voor het zoeken van truffels. Daarmee is de apporterende taak van de Lagotto komen te vervallen maar het beroep op het uitstekende reukvermogen behouden gebleven. Gedurende al die eeuwen zijn de Lagotti wel altijd ingezet voor het bewaken van het erf en eigendommen van de Vallaroli, zoals de boten waarmee ze de moerasgebieden bevaarden.

Shortly after the Second World War, the truffle became a scarce commodity due to a huge expansion in the agricultural sector. Nevertheless, enthusiasts in the last 25 years of the last century have succeeded in retaining the Lagotto as truffle hunter. In 1977 Quintino Toschi, president of the Kynology association of Imola (a city south of Bologna), expressed the wish to ensure the preservation of the original type Lagotto. In collaboration with Gilberto Grandi he invented and registered all the Lagotti then present in Italy. From that moment Lagotti breeding took a turn with much more emphasis on the breeding of specific breed characteristics, both in character and conformation. In June 1988 the Club Italiano Lagotto was founded, after which a group offered enthousiasts worked for the recognition, which was followed by the recognition by the ENCI (Italian kennel club) in 1991. The FCI came with the provisional recognition in 1995. Final recognition followed only 10 years later, the first Italian breed standard dating from 1992. The standard was adopted on 13 October 2010 for the first published in English and last modified on 6 January 2016.

In the meantime the Lagotto can be found all over the world and is becoming increasingly popular. 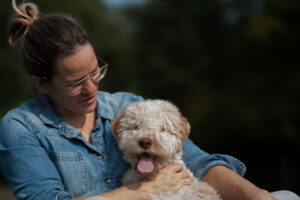